Disclosure of commissions is not enough 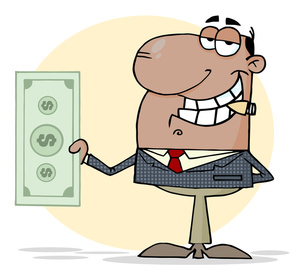 The new Strata Schemes Management Act that commenced in 2016 required for the first time that Strata Managing Agencies disclose what they earned or expected to earn from commissions on services arranged on behalf of their clients.  This is no doubt an improvement on the previous situation and should help to stamp out some of the under-the-table practices that have dogged the industry.  But is it enough?

Some years ago I told the owner of an established strata agency in Sydney that I would refuse to accept commissions when I started my own agency.  My preference was to simply charge a fair hourly rate for all the work done on behalf of a client – like most professionals do.  His reaction astounded me.  He told me that ‘the industry had accepted this way of doing things’ and anybody who tried to do it differently was bound to fail.

After reflecting on his remarks, I concluded that this jaundiced approach reflects the fact that Strata Management grew out of the real estate industry.  While lawyers, accountants, doctors and therapists have always charged for the time it takes to do the work, estate agents earn their money from a combination of sales commissions and kickbacks.  It is simply not part of the culture of the strata industry to operate openly and ethically, even as it strives to be recognised as a profession in its own right.

If Strata Managers aspire to be viewed as professionals, they should start behaving as professionals.  They need to provide a quality service, not just promise it.  They need to be transparent in their dealings rather than hiding behind complex agreements and cumbersome fee schedules.  They need to take the time to understand their client’s specific needs instead of offering the same basic solution for every problem.  And they need to say no to commissions.

Secret or otherwise, commissions affect behaviour.  No Strata Manager who budgets to receive 20% of the scheme’s annual insurance premium will ever submit a proposal from an insurer or broker who refuses to cut them a deal, regardless of what is out there.  The fiduciary duty we owe our clients requires that we act in their best interests at all times.  Even with full disclosure, agencies that accept commissions cannot help but breach this fundamental duty.

Some agencies assert that the commission they receive on a scheme’s insurance premium does not affect what the scheme actually pays.  If this was true in the days when there were only a few insurers in the strata space, it certainly isn’t the case now.  If a Strata Manager refuses commissions and directs their broker or underwriter to quote them nett rates, the cost to the strata scheme falls, not surprisingly, by the exact amount that the agency would previously have pocketed in commission.

As for the argument that the commission the strata manager receives defrays the cost of managing insurance claims, don’t get me started.  Most Strata Managers charge for any work associated with a claim that exceeds 15 minutes.  In either case, any broker worth their salt will manage the claims process as part of the fee they charge to place the insurance with the underwriter.

Little wonder that most people rate their strata manager so poorly in terms of honesty and reliability. Disclosure of commissions is a step in the right direction, but it is not enough.

What our customers Say

We have very much appreciated your help and dedication sorting out the issues for our Strata.

We have very much appreciated your help and dedication sorting out the issues for our Strata.
https://www.ceostrata.com.au/testimonials/philippa/
You were responsible and reliable and for the first time we felt we had someone we could trust.

You were responsible and reliable and for the first time we felt we had someone we could trust.
https://www.ceostrata.com.au/testimonials/john-ross/
Your welcoming phone manner and diligence have improved the management of the building immensely.

Your welcoming phone manner and diligence have improved the management of the building immensely.
https://www.ceostrata.com.au/testimonials/fred-bloggs/
I’ve been impressed by your professionalism in my dealings with you.

I’ve been impressed by your professionalism in my dealings with you.
https://www.ceostrata.com.au/testimonials/1628/
You have been the most responsive and approachable manager we have had in the 16 years we've been living here.

You have been the most responsive and approachable manager we have had in the 16 years we've been living here.
https://www.ceostrata.com.au/testimonials/1632/